At Butler, a Corporate Way to Manage Change and Groom New Leaders

After less than two years as provost of Butler University, Kathryn A. Morris would admit that she could use some help managing the institution’s academic enterprise. The provost came to the job hoping that she could help elevate the stature of the university, but she often found herself consumed by a barrage of email and a brutal appointment schedule that left little time for strategic thinking.

Eager to change things, Ms. Morris has signed on to a yearlong leadership-development program that pairs corporate-style personal evaluations with one-on-one coaching sessions. But the provost showed some early skepticism about whether tools from the business world, where leadership development can feel a bit theoretical, could really help her in day-to-day practice.

After less than two years as provost of Butler University, Kathryn A. Morris would admit that she could use some help managing the institution’s academic enterprise. The provost came to the job hoping that she could help elevate the stature of the university, but she often found herself consumed by a barrage of email and a brutal appointment schedule that left little time for strategic thinking.

Eager to change things, Ms. Morris has signed on to a yearlong leadership-development program that pairs corporate-style personal evaluations with one-on-one coaching sessions. But the provost showed some early skepticism about whether tools from the business world, where leadership development can feel a bit theoretical, could really help her in day-to-day practice.

“There’s nothing here that is really about getting the job done,” Ms. Morris said after her first coaching session in early April.

The provost is among about a dozen Butler administrators who are participating in Leadership 20/20, a program developed at the request of James M. Danko, the university’s business-minded president. Billed as a warts-and-all assessment of what Butler’s administrative team does well and where it falls short, Leadership 20/20 is a case study in whether the techniques big companies use to develop talent are transferable to the distinctive world of higher education.

Academe’s tradition of shared governance, which values deliberative consensus-building, may be at odds with a corporate culture where decisiveness and risk-taking are often rewarded. But Mr. Danko, who began his career as an entrepreneur, is banking on the idea that his team can learn something from the way Fortune 500 companies train executives. Indeed, he would like to see many more Butler administrators and staff go through similar leadership training in the future.

At the heart of the program is the “360 review,” a comprehensive evaluation tool that provides participants with feedback from coworkers, supervisors, and subordinates. The evaluations are the starting point for coaching sessions with private consultants, who are charged with helping administrators capitalize on their management strengths and shore up weaknesses.

The coaches work for an Indianapolis-based company called FlashPoint, whose other clients include Rolls-Royce, Vera Bradley, and Kroger.

A number of college boards have already introduced 360 evaluations for presidents, and some trustees have hired outside coaches for college leaders who are under fire. But broad-based use of corporate-style leadership training remains relatively rare in higher education, consultants say. That may be partly because professors, even those who have become administrators, view tenure and promotion as sufficient forms of professional assessment.

William H. Pickens, a higher-education consultant with Bluestone Enterprises, said that faculty members who are asked to do a 360 review are likely to say, “Get lost. We already do that.” 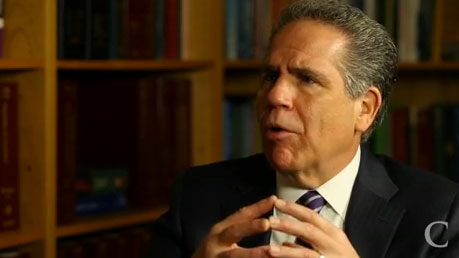 In early April, during Ms. Morris’s first coaching session with FlashPoint, the provost zeroed in on what may be a defining distinction between effective business leaders and academic chiefs. The 360 evaluation finds worthy a person’s ability to “inspire a shared vision,” but is that what professors really want from a provost?

Ms. Morris’s reviews, which she shared with The Chronicle, show that her colleagues view her as a good listener who cares about her coworkers’ professional growth. The 28 people who gave her feedback rated Ms. Morris highest in the category “enable others to act,” one of five leadership practices on which Butler’s team members were evaluated.

The 60-point scale Butler used for its evaluations was developed by James M. Kouzes and Barry Z. Posner, authors of The Leadership Challenge: How to Make Extraordinary Things Happen in Organizations (Jossey-Bass, 2012). The book’s leadership inventory scale suggests that practicing particular behaviors, like active listening, can help a person to “liberate the leader within.”

As novel as Butler’s approach may be, the leadership program is really just an extension of what Mr. Danko has done throughout his life in academe. Before becoming dean of the Villanova University School of Business, in 2005, Mr. Danko spent nearly 15 years as an administrator at five institutions, where his duties often included connecting business students with corporations for training opportunities.

He has undergone numerous 360 evaluations, so he entered Butler’s process with little concern about what might turn up. During Mr. Danko’s first coaching session, held in his office this past spring, the president appeared at ease. He rocked slowly in a blue leather chair and sipped tea from a Starbucks cup.

“It’s a confidence booster to be a bit more ‘take charge,’” said Mr. Danko, citing evaluation results that paint him as an innovative risk taker. “Don’t let the turkeys get you down.”

In Mr. Danko’s estimation, “the turkeys” stand in the way of progress. He tells his coach that some of them are in the Faculty Senate, which “tends to be a collection of people who are more disgruntled.”

Mr. Danko asked 42 people to rate his performance, including board members, administrators, and the Faculty Senate’s chair. The president said he did not just pick his friends. “I was sensitive to including some of the people who are pains in the asses.”

On the 360 review’s 60-point scale, Mr. Danko rated below 50 in just one category: “encourage the heart,” which measures how well a manager recognizes a team’s accomplishments.

At work and at home, Mr. Danko admits he has trouble finding rewards that will ingratiate him to others. After a recent dinner at an Indianapolis restaurant, he asked a waiter to box up his leftover salmon. He planned to give the fish to his dog, Zooey, whom the president said is only interested in him when bribed with food.

But if Mr. Danko’s 360 review is any indication, most people seem to like him. One anonymous reviewer said the president can be seen as “somewhat unforgiving,” but that feedback was the exception. Lots of people call him a visionary.

Mr. Danko’s innovative style may be appropriate to the times for Butler, an institution that has seen its national profile rise significantly. Much of that is due to the success, in 2010, of the university’s men’s basketball team.

A year before Mr. Danko took the helm, the Bulldogs’ trip to the Final Four of the NCAA Tournament gave the university leverage in high-stakes athletic-conference negotiations. In the space of less than a year, under Mr. Danko’s leadership, Butler announced plans to move from the Horizon League to the Atlantic 10 Conference, and then to the reconstituted Big East. Taken together, the conference moves mean more money and more exposure for Butler’s burgeoning athletics program.

Mr. Danko’s impatience for change extends to the academic side of the university. He has formed a team, the Blue Sky Group, which is charged with imagining what a university would look like if it were being built from scratch.

The president’s zeal cuts both ways with some professors, who like his enthusiasm but wonder where it will lead.

“One of my ongoing concerns with Jim’s administration is his desire to change us,” said Margaret Brabant, chair of the Faculty Senate.

Ms. Brabant, a political-science professor, cautions that Butler’s growth should be tempered with a respect for the university’s higher-order mission. Butler has a fundamental responsibility to teach students to think critically and to instill in them a sense of civic duty, she said, and it is important not to stray from those core responsibilities.

The jury is out, she said, on whether the president can infuse academe with some hard-nosed business sense while also upholding Butler’s values.

“If one’s business background enables one to pay the bills more effectively, great,” she said. “The challenge is, you can’t throw the baby out with the bathwater.”

Talk to deans at Butler about performance evaluations, and you may see a nervous twitch or two. In 2010, the Faculty Senate approved a resolution that called for periodic reviews of deans, who some professors said needed to be more accountable. Central to the plan was a requirement that the evaluations be read aloud in a public forum—with the dean sitting there in all but a dunce cap.

Some deans have found Butler’s evaluation system punitive, but Mr. Danko says Leadership 20/20 is different. He says he does not care if he ever sees anyone’s 360 results, but just wants to focus the university’s top brass on how to better carry out the broader goals in the institution’s strategic plan. The plan includes a call to add more revenue-generating programs, and to reduce Butler’s tuition dependence by expanding its endowment.

If the plan succeeds, Mr. Danko said, this first round of leadership training will have been worth the $50,000 that he estimates the university will pay FlashPoint.

“The larger philosophical issue,” Mr. Danko said, “is can we improve the way we develop people?”

On a July afternoon, more than four months after Butler started Leadership 20/20, the 13 administrators involved in the process gathered in FlashPoint’s downtown headquarters for a team meeting. By this time, they had each had six coaching sessions, and many said they had begun to change the way they worked.

The university’s provost said that she had made some practical changes in the way she handles demands on her time. For all of the 360’s high-minded talk about inspiring a shared vision, Ms. Morris has focused her energy on the largely tactical problem of removing email as a distraction. One of her new rules: When she is alone in her office, she turns off email and works on larger strategic matters.

Ms. Morris said the 360 also reminded her that sending an email is simply no substitute for personal interaction.

The president, who seldom minces words, said he hopes this process will encourage administrators to give one another constructive criticism.

“Butler is a very polite, Midwestern culture,” Mr. Danko said. “This has educated us to be much more honest.”

At a time when colleges face heightened competition and public scrutiny, the president said, administrators cannot afford to fear critical feedback that may help them to do their jobs.

We welcome your thoughts and questions about this article. Please email the editors or submit a letter for publication.
Leadership & Governance
ADVERTISEMENT
ADVERTISEMENT