The slow but steady turn away from literature in the high school English classroom may surprise some readers of Brainstorm. For many years now, visual media and “informational texts” of various kinds have taken a larger share of instructional time. For instance, the NAEP reading exam for 12th grade now selects 70 percent of its passages from informational sources (20 percent is fiction, five percent poetry, five percent literary nonfiction), while the reigning understanding of rhetoric among English educators follows more from premises in communications theory than from those derived from literary tradition.

The slow but steady turn away from literature in the high school English classroom may surprise some readers of Brainstorm. For many years now, visual media and “informational texts” of various kinds have taken a larger share of instructional time. For instance, the NAEP reading exam for 12th grade now selects 70 percent of its passages from informational sources (20 percent is fiction, five percent poetry, five percent literary nonfiction), while the reigning understanding of rhetoric among English educators follows more from premises in communications theory than from those derived from literary tradition. 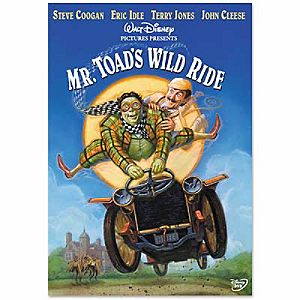 This year, though, at the NCTE convention, President Carol Jago delivered an uncompromising plea for literary study in the English classroom. (Her complete address appears here.) Jago argues many points, including the dangers of what one might call “video-game imagination” among teenagers—that is, after spending some 10,000 hours playing games by age 21, young people engage in “a mass exodus from the real world to virtual worlds” (the idea is borrowed from economist Edward Castronovo), which amounts to “a dangerous disengagement from the real.”

But one of her most forceful statements comes as she reflects upon the world nearby. The conference was held in Orlando, “considered by many the happiest place on earth,” Jago remarks.

“Everything inside this delightful bubble is sanitized and secure,” she says. “Princesses bound. Bad guys are clearly labeled. Creative engineers have designed a bountiful safe haven for celebrating imaginative worlds.”

That’s the Disney universe. No moral ambiguity here, no feel for tragedy or fate or chance in the cosmos. I just read to my five-year-old an episode of The Odyssey in scaled-down version in which Odysseus and his men flee from Polyphemus. As they sail to safety on the open seas, Odysseus taunts the Cyclops with his real name, not the “No Man” that he told him as part of his escape. It’s a dreadful moment, and a gross misjudgment on Odysseus’ part, for Polyphemus is Poseidon’s son. No Disney hero that I can think of would do such a thing, and my little guy and I spent five minutes talking about his mistake, its cause (pride), and its consequences (more suffering and death). To acknowledge a flaw in a hero was a sober lesson, but a crucial one.

It won’t happen in Orlando, as far as I know. I’ve never been there, only to Anaheim. Here is Jago’s comment on the drawback:

“When creative engineers sanitize such tales for easy digestion, they strip the stories of their dark magic. As with fast food, the taste has instant appeal and is addictive, but the nutritional value is low. Today, few children know the works of Lewis Carroll, Kenneth Grahame, or Rudyard Kipling in their original form. While I see no harm in a quick spin on Mr. Toad’s Wild Ride, it saddens me that so many ticket holders have never met Mr. Toad on the pages of The Wind in the Willows, never visited Toad Hall nor watched Mr. Toad in court. Wearing a Winnie the Pooh backpack is no substitute for carrying Milne’s verses around in one’s head.”

Easy digestion, yes, and kids love it. But unless balanced by periods of more complex reading and conversation, the ease can have a damaging effect. We all enjoy entertainment and down time and an occasional hour in front of the TV clicking across the channels, but if the habit grows too strong, it turns more intellectual uses of the mind into an annoyance. “Why work so hard?” one comes to ask. “Why favor pages with writing over images that move and talk?”

“My Penguin edition of The Jungle Books contained 344 pages of dense prose and curious 19th-century poetry. Why pick up a book that looks like such hard work? And where would young readers ever stumble upon books by Rudyard Kipling in the first place? It’s the rare few who might find a copy on their parents’ shelves. When Kipling fell out of favor with the literary establishment for his colonialist views, the only story from The Jungle Books that continued to be widely anthologized in textbooks was ‘Rikki-tikki-tavi.’ While this helpful animal story about a friendly mongoose is a charming tale, ‘Rikki-tikki-tavi’ is a slight thing compared with ‘Toomai of the Elephants,’ ‘The White Seal,’ or the original Mowgli stories. Today’s children only know Mowgli as a cartoon character who cavorts with wild animals. Alas, Kipling’s rich commentary on beastly behavior and natural folly has become lost in translation.”

To appreciate a commentary on beastly behavior and natural folly requires that you step out of consumer mode and become critical. That, once again, demands intellectual work, precisely the demand that entertainment networks downplay if they want to maximize a youth audience.

With easeful and stimulating media hitting young people practically everywhere they turn, the English classroom needs to hold ever more firmly to the literary text. It has a new adversarial role to play. Youth culture speeds young people up, so English teachers must slow them down. It gives them ready-made heroes and villains, and so English teachers must offer them complicated heroes and villains. Youth culture plays up the youth idiom, and so the English class must present old and new examples of eloquence. And here’s the real challenge: to make 15-year-olds realize that The Odyssey isn’t drudgery, but in fact speaks to their egos and desires and anxieties a lot more meaningfully and entertainingly than does the latest episode of My Super Sweet 16.