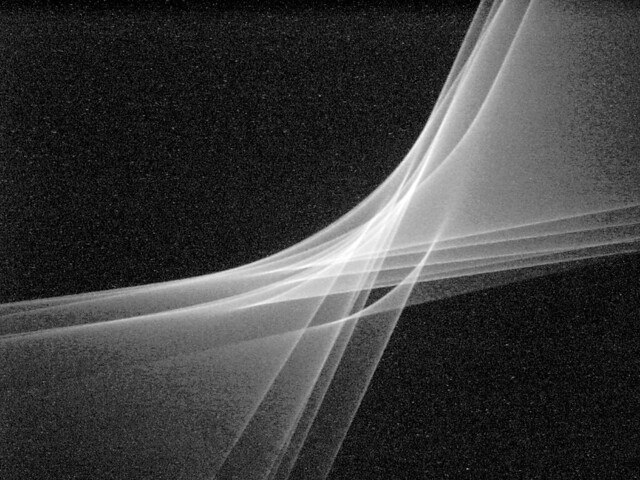 While Sylvia Plath Studies The Joy of Cooking On Her Honeymoon In Benidorm, Spain, Delmore Schwartz Reclines In The Front Seat Of His Buick Roadmaster

While Sylvia Plath studies The Joy of Cooking on her honeymoon in Benidorm, Spain,

While Sylvia Plath Studies The Joy of Cooking On Her Honeymoon In Benidorm, Spain, Delmore Schwartz Reclines In The Front Seat Of His Buick Roadmaster

While Sylvia Plath studies The Joy of Cooking on her honeymoon in Benidorm, Spain,
Delmore Schwartz reclines in the front seat of his Buick Roadmaster
listening to a Giants game on the car radio.
The car’s parked on his farmland in Baptistown,
New Jersey, where obstinate plants attempt survival
at great odds, their vital spikes insulting and defending.
The thistle fans its prickly leaves,
the burdock hustles, miserly. Its dry-as death-seed
will outlast you, traveller, its dry-as-hope seedling will use you,
tenacious as the leftover god, the eye-of-the-needle-god,

the straggly one, the Shylock, who lent you your life,
who chose this desert wilderness for exile.
He manifests the empty field for you to wander.
He removeth your brilliance and set you in a basket
alone among the rushes. He maketh the coral of Seconal
and suffers you to recline in the evergreen Dexamyl shade,
while Ernie Harwell calls the last out
(Willie Jones popping up to Al Dark)
in the car’s radium glow. Do you see it, American poetry?
The happy arc of the ball above Shibe Park—

a moment of promise falling off, coming to nothing.
Disappearing to atoms. Giants win, 4-2.

In Benidorm, Plath skins the market rabbit, hind to head.
She’ll flour and sear the taut pink flesh
and scrape the carrots naked. Spain is a million things,
it’s lantanas and hibiscus, it’s roses that aren’t ashamed
to split their skirts for love, rude flowers pushing out of their skins,
and all-new vines hugging the old walls, new ascendency,
shooting up into skies like something about to matter.

The peppercorns that season the stew grow in clusters
like glands, ripening, and within each pod is the seed,
the hard dry concentrated bitterness for which it is prized.

After Sylvia Plath Kicks Out Ted Hughes, Elizabeth Bishop Watches Idly From A Balcony In Rio As Police Chase A Thief Over Picturesque Hills

After Sylvia Plath kicks out Ted Hughes in England,
Elizabeth Bishop watches idly from a balcony in Rio
as police chase a thief over picturesque hills.
The fleeing man is effervescent in those exotic, congested glades,
but he’s distinct, as a grassland sparrow’s song is distinct:
if you try, you can hear the tiny voice

singing its hunger, like everything else.
You can lean into the sound over those brutal hills
where the blind roots host their parasites
and the rain serves the blind roots, and nature
ransacks everything, just to get along.
Brazil perseveres in a detailed breeze,
while the sky waits with a patience so infinite,
uninterested in the open mouths, in the cricket
or the crocodile. Bishop calls to her love through the rooms
like that bird that always sounds lost.

In London, it’s winter, and Plath
is filing down hunger to the necessary bone. His absence
is the blood gap cupped violet at the artery,
he’s the death vow’s strapping, gigantic ache.
The childrens’ call sounds for her through the walls,
a sea tipped with tiny bells. Plath’s ignited heart
is radiant as a priest’s. She is absurd with flu,
the virus riding her proteins obsessive and eyeless,
master plunderer, unloading its stuff in glittery bits,
champion. It’s a parasite of impressive abundance,
hungry at a cellular level, binding and shedding,
inevitable and determined, like everything else.

© by Amy Newman. Printed by permission of the author.

Amy Newman is the author of four books of poems, most recently Dear Editor (Persea, 2012), winner of the Lexi Rudnitsky Editor’s Choice Award. She teaches at Northern Illinois University, where she is Presidential Research Professor of English.

The Chronicle’s poetry blogger, Lisa Russ Spaar, notes: In a news release published when she was honored with a 2010 Presidential Research Professorship for “uncommon creativity and unquenchable curiosity” at Northern Illinois University, poet and scholar Amy Newman describes a moment in the early 1980s, recently out of college and working a lucrative job as a fashion stylist in New York City, when she came upon a poem by Stanley Plumly in a magazine while on a break from work, a discovery that would change everything for her: “I felt everything inessential in my life at that time fade away and something else beckon,” she said, adding that she began investigating graduate school that very day. “Something happened that made me realize how significant it was to write.”

This openness to the junctures of language, volition, and chance may account, in part, for the arresting edge, intelligent verve, and innovative range of Newman’s various poetic projects, which have tended over the years to be serial, compelled by originally conceived and wielded engines of form, repetition, and juxtaposition. Her third poetry collection, fall (Wesleyan UP, 2004), for instance, explores the 72 definitions of the word “fall,” pitching the arc of personal narrative over a subtextual foray into the archetypal postlapsarian fall from grace. Her most recent collection, Dear Editor, offers a seasonally organized sequence of “letter-poems” to an unnamed editor, who at times seems part confessor/part remote divinity/part the poet herself. Framing her letters with the stock phrases of publication query letters (“Thank you for considering . . .”), the richly tangential contents of the individual epistles betray an underlying and intensely disturbing familial drama told, among other things, through tropes of chess and Catholic martyrdom.

“While Sylvia Plath Studies The Joy of Cooking On Her Honeymoon In Benidorm, Spain, Delmore Schwartz Reclines In The Front Seat Of His Buick Roadmaster” and “After Sylvia Plath Kicks Out Ted Hughes, Elizabeth Bishop Watches Idly From A Balcony In Rio As Police Chase A Thief Over Picturesque Hills” are from Newman’s new project-in-progress, On This Day in Poetry History, a series of poems mixing details from the biographies, diaries, letters, photographs, and histories of mid-20th-century poets in a lyric dramatization. In an interview about the project with the The Missouri Review, Newman asks: “What if we could see the character of American poetry coming into being? Elizabeth Bishop’s biographical materials make vividly clear why her sandpiper averts it gaze from the roaring sea, turning obsessively toward those pretty, diverting grains of sand. If Robert Lowell hadn’t broken Jean Stafford’s nose (horrifying!), we wouldn’t have her masterpiece ‘The Interior Castle.’ I imagine the history of American poetry as a kinetic diorama, the poets moving toward or away from epiphanies, navigating among odd, compelling moments, secret histories, unexpected correspondences.”

It’s clear from reading these two poems in tandem just how exciting and ambitious a project Newman has undertaken. Plath, Schwartz, Hughes, and Bishop seem, juxtaposed as they are, genetically, almost helixically interconnected by temporal and temperamental currents. In 1956, as Schwartz, depressed and alcoholic, listens to a Giants game in his parked car in New Jersey, anxious about his waning creative force (“Do you see it, American poetry? / The happy arc of the ball above Shibe Park— / a moment of promise falling off, coming to nothing”), Plath, newly married and full of domestic and poetic ambition on her honeymoon in lush Benidorm (“Spain is a million things, / it’s lantanas and hibiscus, it’s roses that aren’t ashamed / to split their skirts for love”), is learning to cook. Yet it’s impossible not to see in Schwartz’s diminished terrain (“where obstinate plants attempt survival / at great odds, their vital spikes insulting and defending”) and Plath’s almost brutal move toward mastery and “new ascendency” (“Plath skins the market rabbit, hind to head. / She’ll flour and sear the taut pink flesh / and scrape the carrots naked”) versions of each other and each other’s work: gifted, extreme, and vulnerable to the “hard dry concentrated bitterness” that can result from mental illness and crushing disappointment. Similarly, Newman shows us that Bishop, on a balcony in “exotic, congested” Rio, watching “police chase a thief over picturesque hills,” is not far from Plath in her wintry, feverish London despair. Both are “hungry at a cellular level.” We see that Plath’s obsessive, “gigantic ache” and Bishop’s voice, “singing its hunger” for love with the feel of “that bird that always sounds lost,” are versions of the same “ignited heart.”

At the heart of Newman’s On This Day in Poetry History are questions about origin, originality, genius, obsession, influence, ambition, and legacy that have always haunted American poets and poetry. Who had to write for certain poems to be written (who, as Harold Boom asks, is “the poet in the poet”)? What later work has depended upon or will depend on particular textual embodiments, and vice versa (as Susan Howe says in My Emily Dickinson, “My precursor attracts me to my future”)?

I like imagining a poem with a title something like this: “As Adrienne Rich Publishes Sources on the West Coast, the Young Amy Newman Reads the Poem ‘In Passing’ by Stanley Plumly in the 20 June 1983 issue of The New Yorker and Never Looks Back.” Here is a passage from Plumly’s “In Passing,” which, in much the manner of Newman’s recent poems, brings into an instant’s chord a scene witnessed at Niagara Falls and a plot from a Chekhov story:

In the Chekhov story,
the lovers live in a cloud, above the sheer witness of a valley.

They call it circumstance. They look up at the open wing
of the sky, or they look down into the future.

Death is a power like any other pull of the earth.
The people in the raingear with the cameras want to see it

from the inside, from behind, from the dark looking into the light.
They want to take its picture, give it size—

and yellow leaf drifting its good-bye down one side of the gorge.

There is almost nothing that does not signal loneliness,
then loveliness, then something connecting all we will become.

Reading this poem after experiencing Newman’s work makes manifest an instance of “the character of American poetry coming into being.” That Newman is open to and intelligently passionate about such influences and confluences, and is capable of articulating not only the “gradations” of the most minute details but also of envisioning the “something connecting all we will become,” is a gift for which readers and writers of poetry have cause to be grateful.