On Hiring: Are You Too Good to Be Noticed?

Are You Too Good to Be Noticed? 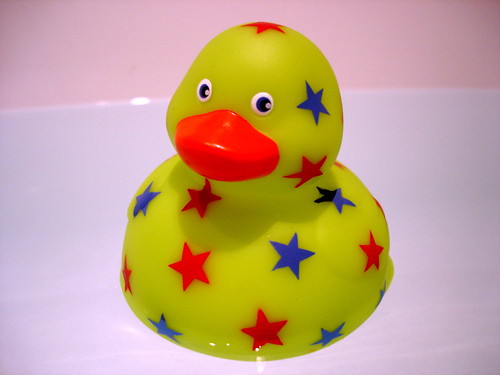 Two recognition episodes last week prompted me to consider the factors that influence who gets awards and why. The first occurred during our annual staff-awards ceremony, when the M.C. read a nomination letter for a man described as making considerable but quiet contributions in his department.

Two recognition episodes last week prompted me to consider the factors that influence who gets awards and why. The first occurred during our annual staff-awards ceremony, when the M.C. read a nomination letter for a man described as making considerable but quiet contributions in his department.

“We might call him the strong and silent type, because he doesn’t draw attention to his work,” the M.C. said. “As a result, he tends not to get the recognition he deserves.” I was happy to see that he had received such public attention and hoped he felt appreciated before the awards event.

I headed home after that ceremony and was greeted by my daughter, who proudly presented an award she had received that day. It was not a trophy, check, or certificate, but rather a yellow rubber duck that fit into the palm of her hand. She had received it as part of a high-school social-norming activity called “Quack for Kindness Week,” during which students are rewarded with toy ducks for committing appropriate acts of niceness. The rubber rewards are highly coveted and carried outside of backpacks with serious pride.

That recognition was a big deal for my daughter because she had been duck-free during her entire high-school career, despite being considered one of the nice girls at her school.

“I don’t get it,” she would say, year after year. “The kids who are nice during ‘Quack for Kindness Week’ get ducks, but those of us who are nice all year long never get anything.”

“It’s a rubber duck,” I would say, in an effort to be comforting. “It’s kind of stupid. Plus, karma is way more important than getting a duck toy.” I could tell I was never convincing.

The mystery of the missing ducks was finally revealed when my daughter’s teacher had eight ducks to distribute and only seven students in her class. She presented my daughter with a duck saying, “I’m sure you have plenty of these.”

It turned out that her teacher assumed my daughter had been receiving the awards from all of her other teachers over the years and didn’t want to “waste” a duck on a kid who had a drawer full. And so it often goes with people who do what we want them to do without seeking glory or attention.

The “strong and silent type” comment at the awards ceremony and the missing-duck experience prompted me to consider whether we are rewarding the noisy people and ignoring the quiet ones. Colleagues who continually point out their own accomplishments, or make a big deal out of simply meeting expectations, often overshadow those who focus on getting things done rather than getting credit. As a result, individuals who are motivated by intrinsic rewards rather than public acclaim are often invisible and can be ignored when prizes are distributed.

Maintaining professional visibility is critical for long-term career success, but making one’s accomplishments visible without looking like a shameless self-promoter can be a special challenge for many of us. What strategies have you employed to make sure that others know that you are good at what you do?

Allison M. Vaillancourt
Allison M. Vaillancourt provides organizational consulting services as a vice president and senior consultant in Segal’s organizational effectiveness practice. Prior to joining Segal, she spent three decades as an administrator and faculty member at large public research universities. Browse her previous columns in the Management Corner series on administrative-career issues. She is on Twitter @VaillancourtA.
ADVERTISEMENT
ADVERTISEMENT