On Hiring: Purging My Syllabus

Not wanting to sexually harass my students, much less be labeled a sexual harasser by the Department of Education, I have decided to review my Intro to Lit syllabus and remove any reading assignments that might contain offensive material.

Not wanting to sexually harass my students, much less be labeled a sexual harasser by the Department of Education, I have decided to review my Intro to Lit syllabus and remove any reading assignments that might contain offensive material. 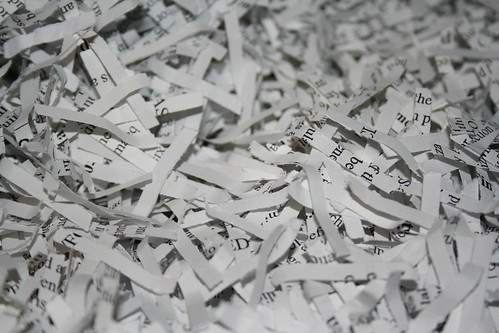 Not that any reasonable person would find those reading selections offensive. But the DOE has apparently decided that the “reasonable person” test no longer applies, and that any “unwelcome speech” qualifies as harassment. Since my lit students seem to find nearly everything I say unwelcome, that’s going to make teaching the course a little difficult.

Nor does it matter, apparently, that my purpose in the course is not to sexually harass anyone, or even necessarily to talk about sex. But the study of literature is the study of the human condition, of which sexuality is, regrettably, one aspect. Or at least it used to be, before the DOE ruled against it.

Accordingly, I am eliminating the following selections from my reading list, effective in the fall:

As you can imagine, deleting those selections will pretty much gut my syllabus. I’ll have to come up with some alternative readings if we’re going to have anything at all to talk about in class. I don’t know yet what I’m going to substitute, but I’m leaning toward Winnie the Pooh, Where the Red Fern Grows, and the Sears Roebuck catalog, Fall/Winter 1963.

We might even skip literature altogether—because, let’s be honest, nearly all of it is potentially offensive—and just watch old episodes of The Andy Griffith Show online. Think of the rousing class discussions those will generate!

Then again, it might be better if we didn’t have any class discussions at all. Who knows when somebody might say something unwelcome?

Rob Jenkins
Rob Jenkins is an associate professor of English at Georgia State University’s Perimeter College who writes regularly for The Chronicle’s Advice pages. He is a senior fellow at the Academy for Advancing Leadership, a health and higher-education consulting firm, and a leadership coach.
ADVERTISEMENT
ADVERTISEMENT