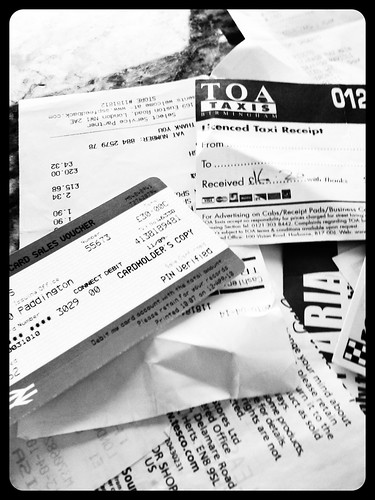 While there are occasional exceptions, most colleges that extend invitations to job candidates for on-campus interviews provide reimbursement for their travel expenses. Most professional organizations affirm the practice, as does basic good manners.

While there are occasional exceptions, most colleges that extend invitations to job candidates for on-campus interviews provide reimbursement for their travel expenses. Most professional organizations affirm the practice, as does basic good manners.

Since travel involves the expenditure of actual money, I am constantly surprised by how long it takes for reimbursements to be processed in some situations. Oddly, this cuts in both directions: Sometimes visitors take weeks or even months to send in their receipts for reimbursement; worse, sometimes institutions take forever to process the receipts. This is particularly egregious in the case of graduate students because dollars are dear to them and having to carry interview expenses as credit-card debt is downright odious. When the interview fails to result in a job offer, it merely adds insult to injury to have to semi-grovel for reimbursement.

Institutions should not hesitate to send reminders to candidates who are slow to turn in receipts, but candidates should not hesitate either to ask about the status of a reimbursement. Two weeks should be a nice target for a timeline, but a month’s lag is about the limit before a reminder should be sent. If no reimbursement has been sent after six weeks, a polite phone call is in order. Sometimes reimbursements literally fall through the cracks in the paperwork pipeline, and honest mistakes are made. I’ve known of a time or two in which personnel changes backed up the process.

I would remind institutions that there are few ways that can generate ill will, including comments on the various Wiki sites, quite like stiffing candidates on their reimbursements. The “karma police” have ways of arranging for payback that can be quite dramatic.

What advice would you offer to candidates who find themselves waiting for reimbursement?