On Hiring: Teachers Who (Don’t) Write

A recent commenter on this site noted that there are two types of people who teach college composition: teachers who write and writers who teach. Diplomatically, perhaps, he or she left out a third category: people who teach writing but never, or rarely, write anything themselves.

A recent commenter on this site noted that there are two types of people who teach college composition: teachers who write and writers who teach. Diplomatically, perhaps, he or she left out a third category: people who teach writing but never, or rarely, write anything themselves.

Unfortunately, at many two-year colleges, where pressure to publish is essentially nonexistent, that last group might be the largest of the three. I know, because I was a member of it for more than a decade.

Like many people who major in English, I did so because I wanted to be a writer. And for a while I made significant progress toward that goal, with several publications to my credit before I left graduate school. 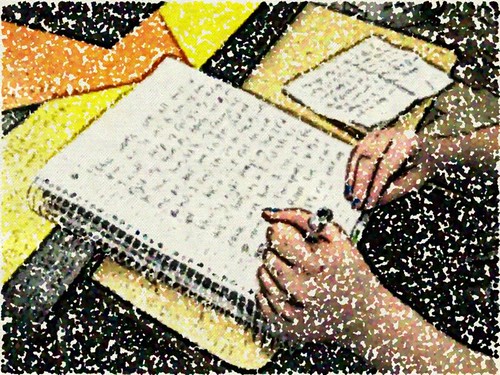 But something happened when I started my first full-time job, teaching composition at a small, rural community college. I thought I had been busy as a grad student, but that proved to be a lark compared with the demands placed on a brand-new faculty member with a five/five course load, not to mention a young and growing family. And then I got involved in coaching and eventually became an administrator. During all that time—about 12 years—I wrote almost nothing, and certainly nothing publishable.

The turning point for me came when I reached my late 30s and realized that, if I was ever going to be a writer, then I had darned well better start writing. So I did. Oh, I still had plenty of excuses for not writing—at that point, I was serving as head men’s basketball coach and athletic director and an academic department chair, as well as teaching a half-load—but I determined to set aside time to write each day, anyway. I’ve been doing it ever since.

The results have been mixed. I haven’t exactly become a great writer or even a particularly good one (although I’m better than I used to be). Nor am I rich and famous, even though I remain amenable to the idea.

On the other hand, I have much more empathy for my students now, and I’m able to help them in ways I never could before, because I understand their struggle. Heck, I live their struggle every day. I may be a little more skilled and experienced than they are (although not necessarily more talented), but I still face the same fears and insecurities they face—in particular, the fear of the empty screen.

I also have a much better feel now for what actually works on the page, as opposed to what I was told in grad school or what my students were taught in high school or what some textbook says ought to work. (If I may, I believe that’s what Rachel Toor was talking about in her recent essay about her “little bag of writing tricks.” At least, that’s what I took from it.) So I can help students by sharing with them what I’ve learned about writing, and am still learning about writing, as a practitioner.

But above all, being a bona fide writer (if not a great or famous one), with two books and scores of other publications, gives me authority in the classroom that I couldn’t acquire any other way. When I talk to students about the way writers approach their craft, or about what works or doesn’t work in a piece of writing, they’re more likely to listen because they know that I know what I’m talking about. I’m not spouting theory (well, not much, anyway) but sharing practical advice, and even the ones who don’t care much about writing (which is, frankly, most of them) recognize and appreciate that.

Honestly, I don’t even know how I taught writing back when I wasn’t writing.

One caveat, for those who teach full time at two-year colleges: If you are a lapsed writer, as I was once, and this post inspires you to start writing again, as I hope it will, and you manage to get published, as I hope you do, do not assume that your efforts will be greeted with enthusiasm. You’re more likely to encounter seething resentment and outright hostility from those who view your success as some sort of threat to their existence.

Just don’t let that deter you. If you have the ability to write and publish, do it. The benefits of being a writing teacher who actually writes far outweigh a few catty comments and cold shoulders.

Rob Jenkins
Rob Jenkins is an associate professor of English at Georgia State University’s Perimeter College who writes regularly for The Chronicle’s Advice pages. He is a senior fellow at the Academy for Advancing Leadership, a health and higher-education consulting firm, and a leadership coach.
ADVERTISEMENT
ADVERTISEMENT