ProfHacker: Beyond Textbooks and OER: reflecting on #OpenEd15

Beyond Textbooks and OER: reflecting on #OpenEd15

There has been no shortage of critiques of the open textbook focus at The Open Education Conference #OpenEd15 - I wasn’t at the conference but I followed the Twitter stream and participated in three virtually connecting sessions in which I met both pairs of keynote speakers. I have to say that the conference organizers’ really welcoming attitude towards the involvement of Virtually Connecting showed true commitment to expanding access and openness (thank you Clint Lalonde and David Wiley).

I don’t actually care about textbook costs. I care about access, broadly conceived: access to ideas, access to pathways to contribute to knowledge, access to research so that we can collaborate and build. Fundamentally, I don’t want to be part of a movement that is focused on replacing static, over-priced textbooks with static, free textbooks. 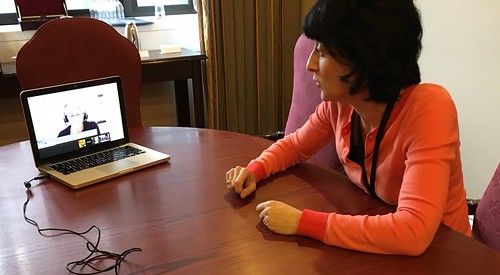 The unfortunate equation of open education w/ free text books has made the movement seem more and more myopic and less and less compelling.

I realize I only have a biased slice of the conference based mainly around tweeters I know who (I realize now) mostly have similar stances as mine on openness (Phil Hill and Mike Feldstein in their keynote made a good point about how utterly useless this kind of social circle is for advocacy).

But the extended Virtually Connecting conversations with both pairs of keynote speakers and others expanded the topics in more detail: “why textbooks?”. And I don’t think they are wrong that this conversation still needs to happen. That open textbooks have value even if they do not lead to more openness.

But in case you are wondering what people are doing beyond textbooks, the more open options include (but are not limited to):

The real problem with textbooks, though, is that focusing on them is focusing on content. When learning, and open education, should focus more on process (a conversation on this from a year ago across my blog, Jim Groom’s, Mike Caulfield’s and David Wiley’s). However, the conversation has evolved. People at OpenEd15 talked to us about open textbook adoption that doesn’t only focus on content, but also the process of creation and sharing. Questions of flexibility are being raised readily, even if solutions are not always apparent to everyone. Questions of colonialism and inequality are occasionally raised, as the institutions with more funding are more able to produce OERs than poorer ones (Laura Czerniewicz discusses this well in different contexts).

Do you use open textbooks? What are your thoughts? Please share in the comments.