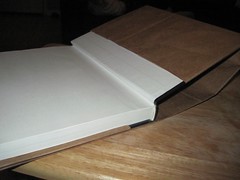 Open-education resources have been hailed as a trove of freely available information that can be used to build textbooks at virtually no cost. But a copyright lawsuit filed last month presents a potential roadblock for the burgeoning movement.

Open-education resources have been hailed as a trove of freely available information that can be used to build textbooks at virtually no cost. But a copyright lawsuit filed last month presents a potential roadblock for the burgeoning movement.

A group of three large academic publishers has sued the start-up Boundless Learning in federal court, alleging that the young company, which produces open-education alternatives to printed textbooks, has stolen the creative expression of their authors and editors, violating their intellectual-property rights. The publishers Pearson, Cengage Learning, and Macmillan Higher Education filed their joint complaint last month in the U.S. District Court for the Southern District of New York.

The publishers’ complaint takes issue with the way the upstart produces its open-education textbooks, which Boundless bills as free substitutes for expensive printed material. To gain access to the digital alternatives, students select the traditional books assigned in their classes, and Boundless pulls content from an array of open-education sources to knit together a text that the company claims is as good as the designated book. The company calls this mapping of printed book to open material “alignment”—a tactic the complaint said creates a finished product that violates the publishers’ copyrights.

“Notwithstanding whatever use it claims to make of ‘open source educational content,’ Defendant distributes ‘replacement textbooks’ that are created from, based upon, and overwhelmingly similar to Plaintiffs’ textbooks,” the complaint reads.

The complaint attempts to distance itself from attacking the legitimacy of open-education resources, but goes on to argue that Boundless is building its business model by stealing.

“Whether in the lecture hall or in a textbook, anyone is obviously free to teach the subjects biology, economics, or psychology, and can do so using, creating, and refining the pedagogical materials they think best, whether consisting of ‘open source educational content’ or otherwise,” it reads. “But by making unauthorized ‘shadow-versions’ of Plaintiffs’ copyrighted works, Defendant teaches only the age-old business model of theft.”

To illustrate this claim of intellectual theft, the publishers’ complaint points to the Boundless versions of several textbooks, including Biology, a textbook authored by Neil Campbell and Jane Reece. The Boundless alternative, the complaint alleges, is guilty of copying the printed material’s layout and engaging in what the complaint calls “photographic paraphrasing.” In one chapter of the printed book, for instance, the editors chose to illustrate the first and second laws of thermodynamics using pictures of a bear running and a bear catching a fish in its mouth. Boundless’s substitute text uses similar pictures to illustrate the same concepts—albeit Creative Commons-licensed images hosted on Wikipedia that include links to the source material, in accordance with the terms of the open license. (The end of each Boundless section also includes links to the text’s source material, which often includes Wikipedia, the Encyclopedia of Earth, and other Web sites.)

The complaint goes on to allege that Boundless’s choice of bear photographs in that chapter reflects “only the previously made creative, scholarly, and aesthetic judgments of the authors and editors of Campbell’s Biology.”

Ariel Diaz, Boundless’s chief executive, defended his company in an interview with The Chronicle. He accused the publishers of “using litigation to protect an antiquated business model.” And beyond employing what he called “anti-competitive tactics” to insulate themselves from market forces, Mr. Diaz said the publishers are also trying to monopolize elements of learning that should be freely available to everyone.

When asked to describe how his company pulls together the open-education content to produce its digital textbooks, Mr. Diaz declined to elaborate on the process. He also declined to respond to the publishers’ claim that Boundless is “hiring individuals to copy and paraphrase from Plaintiffs’ textbooks.” He noted that Boundless is not charging students for access to its textbooks, but may create a suite of premium paid features in the future.

“We deny the claims, and we plan on defending the company,” Mr. Diaz said.

The lawsuit comes during a time of growth for the year-old outfit, which is led by a trio of young education entrepreneurs. Last month Boundless secured an $8-million investment led by the venture-capital firm Venrock, Mr. Diaz said. That boost of cash brings Boundless’s total investments to nearly $10-million. And, in an odd twist, even the company’s investors appear to be under attack in this case.

“This funding has financed the copying and distribution of the Boundless Versions of Plaintiffs’ Authentic Works, which, in turn, Defendant uses to draw in potential customers for pay services,” the complaint reads.

The complaint’s allusion to Boundless’s investors could help explain why the publishers named a group of 10 anonymous defendants in their case in addition to the start-up itself. The anonymous group, which the complaint said will be named later, includes the people responsible for producing the Boundless textbooks and “those individuals and/or entities that financially benefit from the infringement of Plaintiffs’ copyrighted works and fail to exercise their right and ability to control the infringement, and/or that have knowledge of the infringement of Plaintiffs’ copyrighted works and encourage or materially contribute to it.”

A representative from Cengage Learning declined to comment on the lawsuit, citing a company policy against discussing pending litigation. Pearson and Macmillan Higher Education have not responded to requests for comment as of the time this post was published.

Read the publishers’ complaint below.