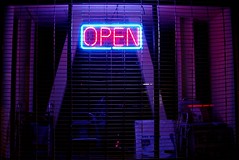 Washington — A panel of five experts debated the merits of open-access publishing models in front of a U.S. House of Representatives subcommittee today, weighing the implications of a proposed bill that would require the results of federally funded research to be made publicly available within six months of publication.

Washington — A panel of five experts debated the merits of open-access publishing models in front of a U.S. House of Representatives subcommittee today, weighing the implications of a proposed bill that would require the results of federally funded research to be made publicly available within six months of publication.

The bill in question, dubbed the Federal Research Public Access Act, was introduced last month in the House and Senate. It surfaced for the third time since 2006, and stands as an open-access alternative to the failed Research Works Act, which earlier this year sought to forbid federal agencies from mandating public access to privately published research—even if that research benefited from receiving taxpayer dollars.

The hearing was conducted before the House Committee on Science, Space, and Technology’s Subcommittee on Investigations and Oversight.

First to testify was H. Frederick Dylla, executive director of the American Institute of Physics, a nonprofit membership organization that derives nearly all of its revenue from academic publishing. He testified that the current system of scholarly communications is working. He warned that proposals that “significantly distort” the established order by imposing one-size-fits-all mandates would diminish scientific research and do irreparable harm to small publishers who provide important services. He added that the scientific community is better served by the maturation of a “healthy, competitive marketplace.”

Stuart M. Shieber, a professor of computer science at Harvard University, pushed back against the status quo in his testimony. Mr. Shieber is the architect of an open-access policy at his institution and said that subscription models of distributing scientific research have created a broken market.

“The open access to research is an intrinsic public good,” said Mr. Shieber. He pointed to the National Library of Medicine’s PubMed Central as an example of how public-access models can succeed. Researchers who receive money from the National Institutes of Health are required to submit their peer-reviewed work for inclusion in the electronic repository within a year of publication. Nearly two and a half million scholarly articles are archived in PubMed Central. One witness at the hearing, Elliot E. Maxwell, authored a report on the NIH policy and found that it does not threaten the sustainability of subscription-based journals.

For T. Scott Plutchak, director of the Lister Hill Library at the University of Alabama at Birmingham, the debate between open-access advocates and publishers has grown “unnecessarily contentious.” By wrangling over only the specific time frames in which scientific research is made public, he said the two camps ignore essential issues, like finding ways to preserve the essential connections between academic works.

Rep. Zoe Lofgren, a California Democrat who co-sponsored FRPAA, told the witnesses that today’s approach to academic publishing is “unsustainable in the current environment,” regardless of whether Congress acts. Even if the bill does not pass, she added, the only question left is how long the old model is “going to be on life support.”