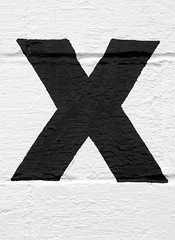 Harvard University and the Massachusetts Institute of Technology today announced a partnership that will host online courses from both institutions free of charge. The platform, its creators say, has the potential to improve face-to-face classes on the home campuses while giving students around the world access to a blue-ribbon education.

Harvard University and the Massachusetts Institute of Technology today announced a partnership that will host online courses from both institutions free of charge. The platform, its creators say, has the potential to improve face-to-face classes on the home campuses while giving students around the world access to a blue-ribbon education.

The new venture, called edX, grew out of MIT’s announcement last year that it would offer free online courses on a platform called MITx. The combined effort will be overseen by a nonprofit organization governed equally by both universities, each of which has committed $30-million to the project. Anant Agarwal, director of MIT’s Computer Science and Artificial Intelligence Laboratory, who led the development of MITx, will serve as edX’s first president.

Students who complete the courses on the edX platform will not receive university credit, although they could earn certificates.

At a news conference, the leaders of edX described it as a tool that colleges can use to experiment with online courses and study how students learn. For example, Mr. Agarwal said, in the prototype MITx course “Circuits and Electronics,” researchers “gather huge amounts of data” on students’ use of the platform, including how much time they spend watching videos.

Since edX courses have the potential to reach hundreds of thousands of students, the data sets could be “very statistically significant in a very short amount of time,” he said.

edX plans to host its first courses this fall, across an array of disciplines. Mr. Agarwal said the platform would allow colleges to join Harvard and MIT in creating brands with the “x” signifier, also would be offered as open-source software for institutions that want to build on it. It will be distinct from the continuing distance-education programs at Harvard and MIT, including Harvard’s Extension School and MIT’s OpenCourseWare, which has been putting course materials online for a decade.

L. Rafael Reif, MIT’s provost, said the driving force behind the partnership wa “not to make money” but to improve learning for both the universities’ traditional students and the public at large. But, he added, the project will need to find a way to support itself, and its leaders are exploring ways to help it be self-sustaining.

“Clearly, we want to make sure that this does not become a drain on the budgets of Harvard and MIT,” Mr. Reif said.

Other elite universities have attempted online-education programs that were closed after experiencing financial woes. Those efforts included Fathom, a project led by Columbia University that ended in 2003; and AllLearn, a collaboration that closed its doors in 2006.

The partnership between Harvard and MIT is one piece of an online-education revival among elite universities that has emerged in the past year. The edX announcement comes after four top-tier institutions teamed up last month with a for-profit company led by two Stanford computer-science professors to offer a similar array of free online courses. Stanford University, Princeton University, the University of Pennsylvania, and the University of Michigan at Ann Arbor announced the partnerships with Coursera, a company that sprouted from Stanford’s early experiments with massive open online courses.

George Siemens, associate director of Athabasca University’s Technology Enhanced Knowledge Research Institute and a pioneer of massive open online courses, as they are known, said the creation of edX represents in part an attempt by two universities to reclaim space in open online education, where venture capitalists have recently gained a foothold. While Coursera plans eventually to profit from its course offerings, he noted, it’s not yet clear how edX will support itself, and the model its leaders choose will dictate its longevity.

“Is there a sustainability model in place for these initiatives?” he asked. “Otherwise, it will end up being what happened with Fathom and others.”

Depending on how edX develops, Mr. Siemens said, the project may even begin to affect the basis for colleges’ accreditation. In a decade, he speculated, campus administrators may view this recent period of college investment in online-education projects as the moment when the alternative-credential model took off.

“It’s a natural progression of the Internet influencing and impacting what we thought was a pretty stable field,” he said. “But all it takes is six months of pretty surprising announcements in terms of open-course initiatives, and all of a sudden you can start to picture that education seems to be at the threshold of a very dramatic change.”