College 2.0: Closing Thoughts From a Monthlong Ed-Tech Tour of Asia

Closing Thoughts From a Monthlong Ed-Tech Tour of Asia 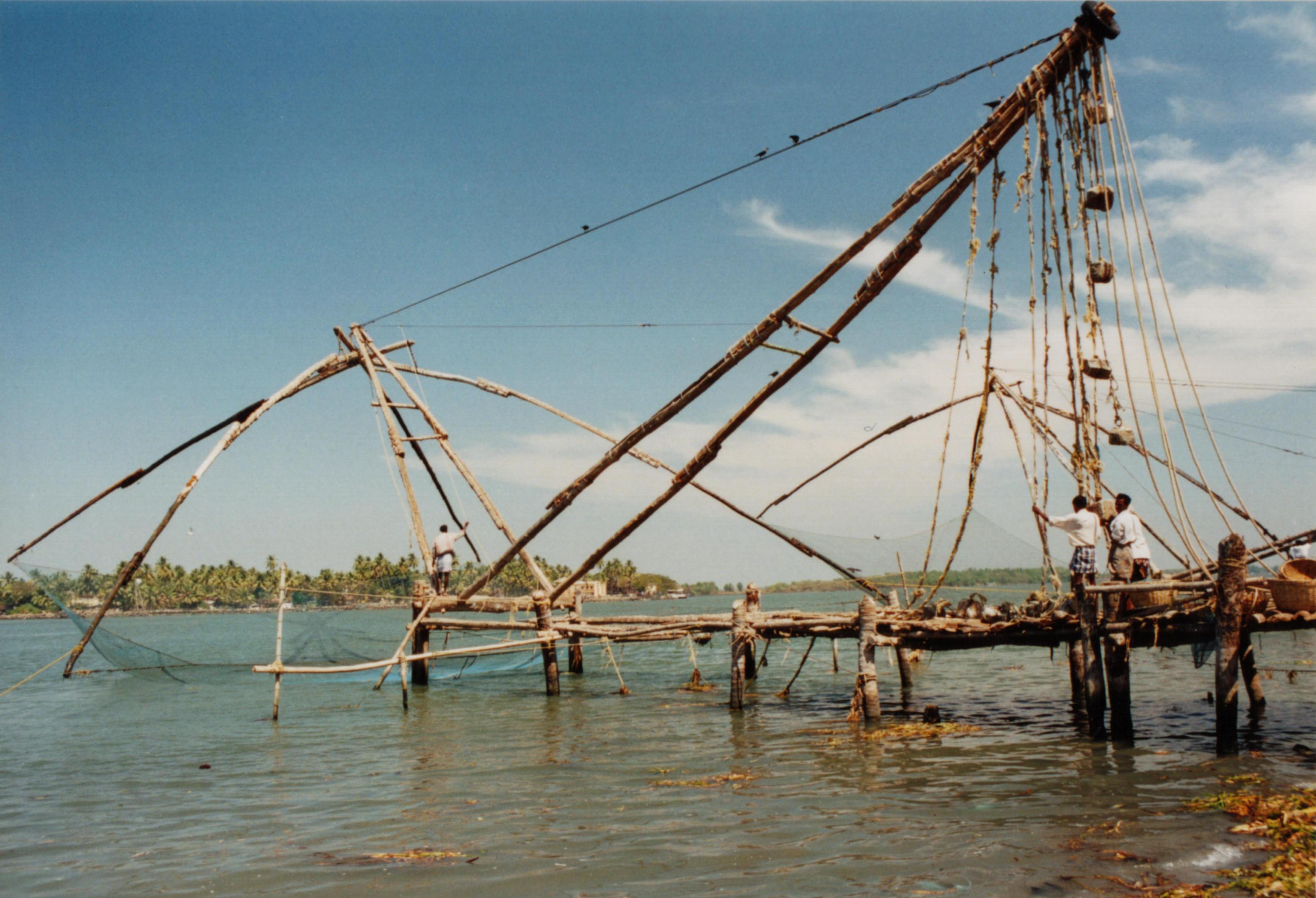 Kochi, India – The fishing nets along the shore of this small coastal village look like catapults, except that instead of hurling stones into the air, they slowly dip a large net into the water and back out (hopefully weighed heavily with fish).

Kochi, India – The fishing nets along the shore of this small coastal village look like catapults, except that instead of hurling stones into the air, they slowly dip a large net into the water and back out (hopefully weighed heavily with fish).

Locals call them “Chinese” fishing nets, since that’s apparently where the design came from, and they have been used here for hundreds of years. Each net is fixed to a dock, and the system is fashioned with rope, logs, and stones–old technology that still does the job. The only upgrades are that some of them are reinforced with steel rods and capped with a motorcycle tire at one end to help cushion the impact when the net is raised.

I read in the newspaper last week that India is now considered the third most powerful country, on the rise. And some of what I saw in the past few days confirms that–fancy new shopping malls in New Delhi, an almost-completed rapid-transit system in Bangalore, and the world’s largest corporate training center, run by the software giant Infosys, in Mysore. But there are vast stretches of India that technology has done little to change. Despite the booming tech sector here, for instance, only about 7 percent of the country’s population is online at all. As it does for the fishermen here, life goes on much the same as before.

Higher education appears similarly diverse. India is home to some of the world’s best universities, and also to what are arguably the worst. There are far more qualified students than there are slots in accredited universities, leading to fierce competition. As one newly hired Infosys employee told me, “at school even a 90 percent is a substandard grade.”

It’s impossible to generalize about India, because there are many Indias, as one person here told me this week.

That seemed true as I stood on one of these docks helping to raise the fishing net. Tourists are often invited on board and shown, well, the ropes (in hopes of a small tip). I was little help, though, and we caught only one fish. If there are many Indias, it’s a slow time of year in this one.

It’s difficult to sum up this month reporting on education technology in Singapore, China, South Korea, and now India, except to say it’s complicated, and there are many more stories to tell. In some ways I’ve been struck by the similarities of how technology is used in classrooms–-Blackboard and Moodle course-management systems are common everywhere, and a small number of early adopters are experimenting with social networking or blogs in the classroom everywhere I went. Yet there are differences, sometimes subtly influenced by culture, sometimes by the quality of the surrounding infrastructure.

I’ve tried to capture some larger themes in my weekly columns this month–-on Web 2.0 in Singapore, high-tech incubators in China, distance education in South Korea, and the role of corporate-training centers in India. There’s plenty more to say, and I plan to file more stories from the trip in our Global Edition in the coming weeks.

I won’t be adding new posts here, though, as I’m soon heading home to the D.C. office. First, a few acknowledgments:

This blog and trip could not have happened without the guidance and help of The Chronicle’s correspondents in Asia–Mary Hennock, in China; David McNeill, who is based in Japan but met me in South Korea; and Shailaja Neelakantan, in India.

Also, thanks to a few kind people in the U.S. who connected me with key folks in Asia–too many for a complete list here, but they include Curtis J. Bonk, a professor of instructional systems technology at Indiana University; Yong Zhao, a professor of educational technology at Michigan State University; and Philip Tan, executive director for the U.S. operations of the Singapore-MIT GAMBIT Game Lab. Thanks also to Smita Polite, at India’s EDU magazine (which has a partnership with The Chronicle).

And thanks to everyone who sent ideas, commented, and read along. I’m off to go fishing for a few days (well, to take a short break, anyway) before heading home.